Conor McGregor's private luxury jet, including his gold-plated watch, is inside.

CONOR MCGREGOR has jetted home on a luxury private jet after holidaying in the South of France with his wife and children. The Notorious travelled in ..

CONOR MCGREGOR has jetted home on a luxury private jet after holidaying in the South of France with his wife and children.

The Notorious travelled in style on board the 13-seater private aircraft. 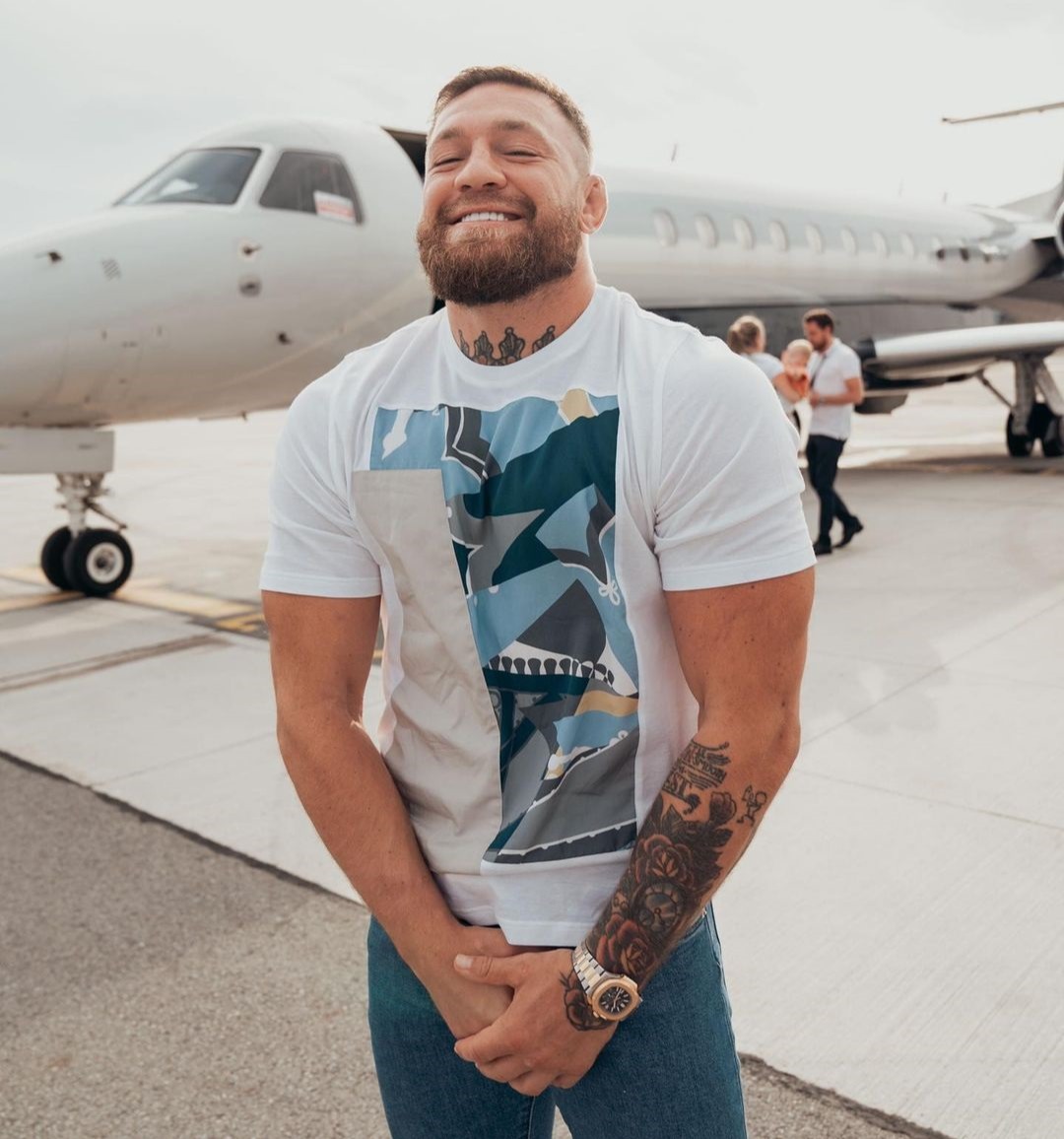 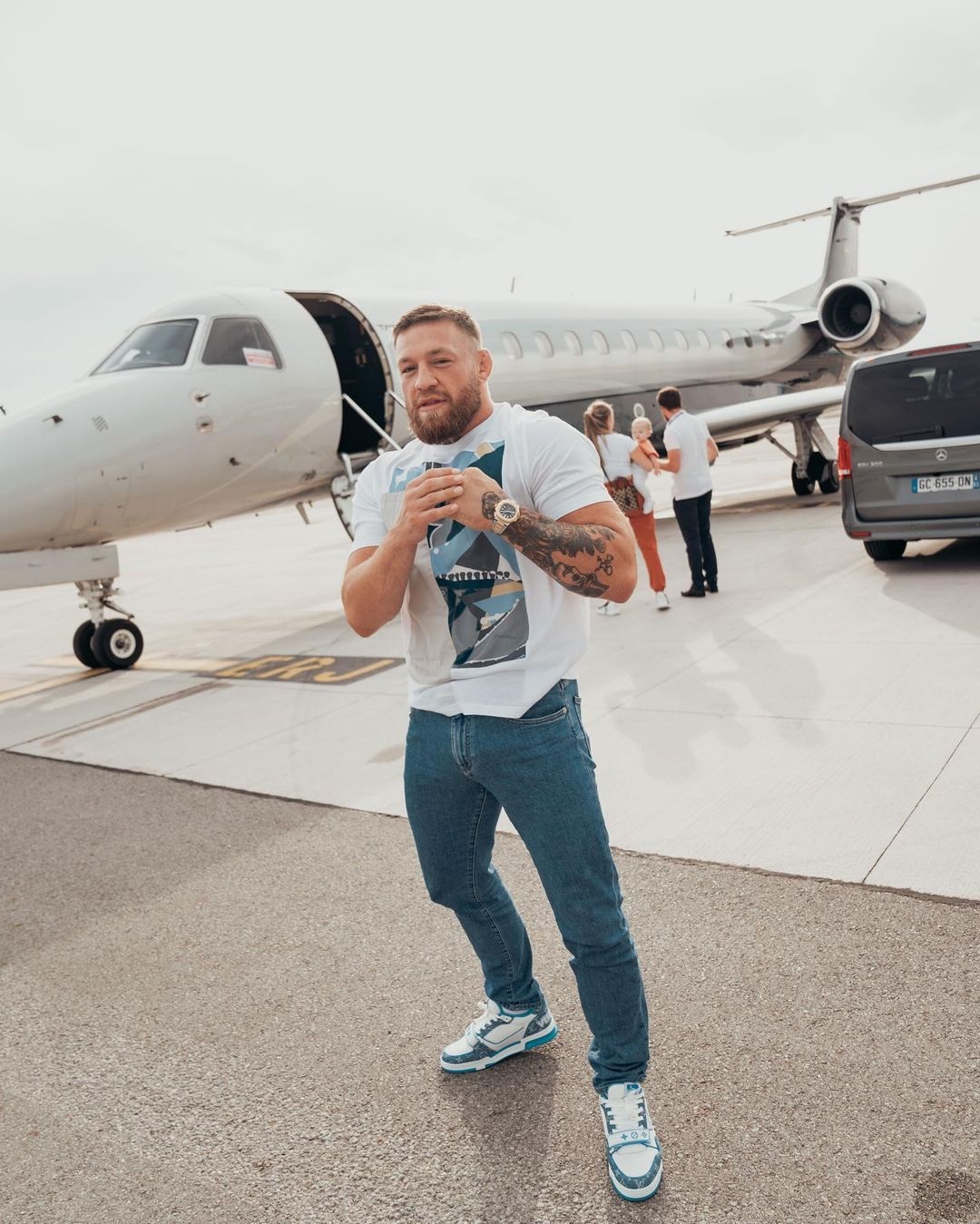 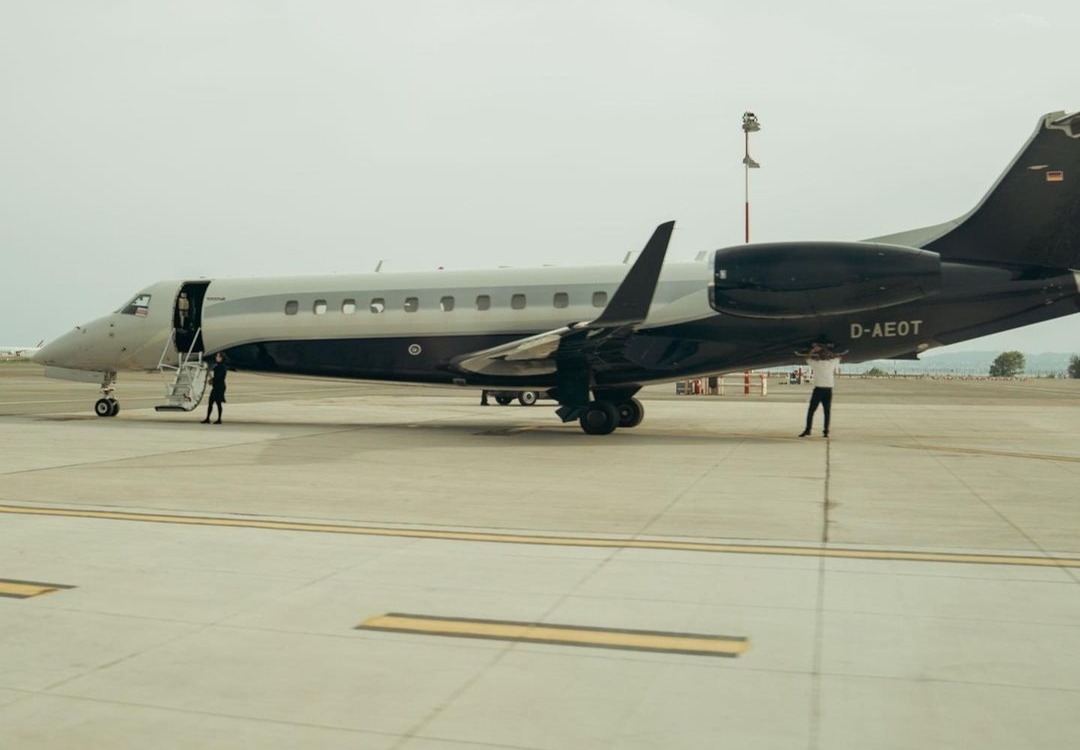 A grinning McGregor posted photos to his 45million Instagram followers of himself in front of the plane.

The 33-year-old showed off a fancy gold-plated watch as he stood in front of the Air Hamburg rented private jet.

He flew home to Dublin on Tuesday evening after some time away with wife Dee Devlin and his three young children.

And the plane McGregor travelled on boasts 10 luxury seats and a sofa in a snazzy white and grey interior. 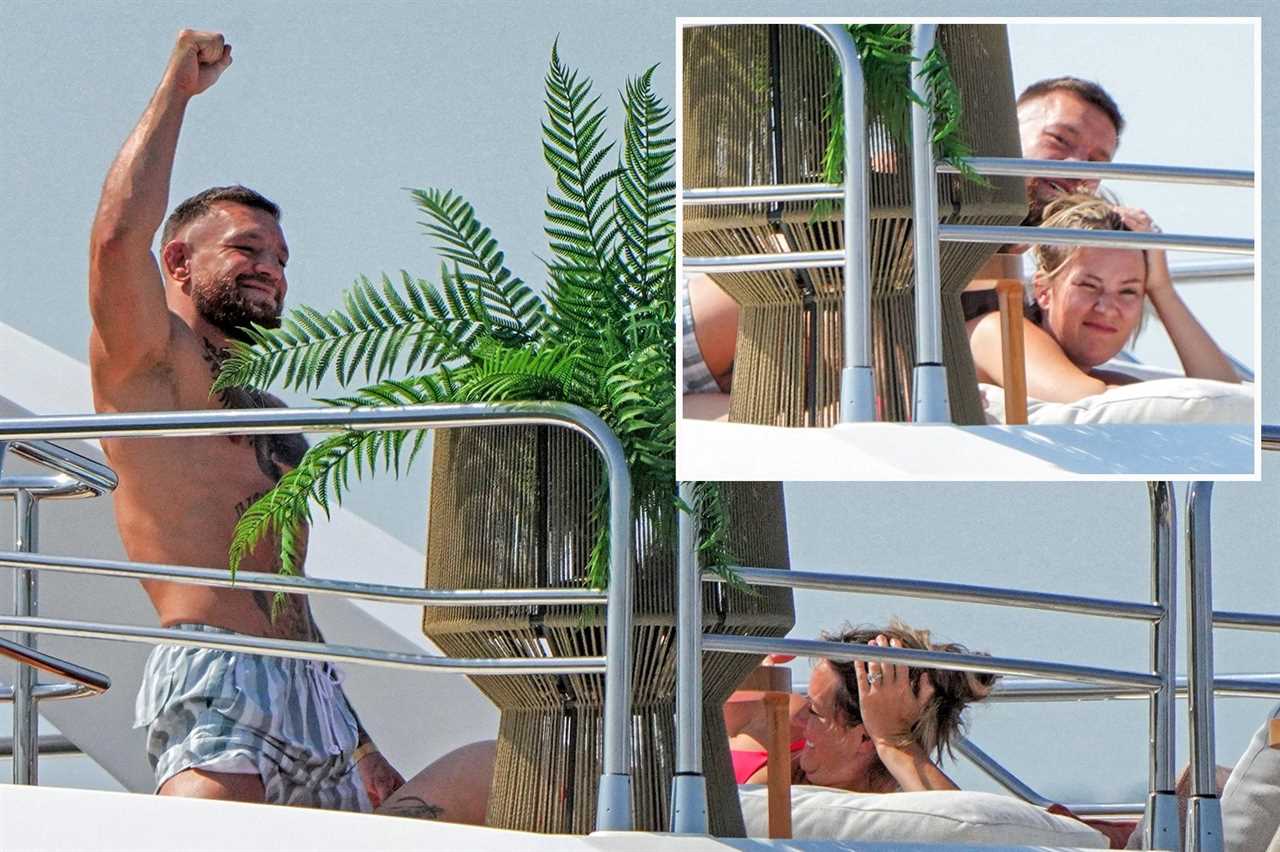 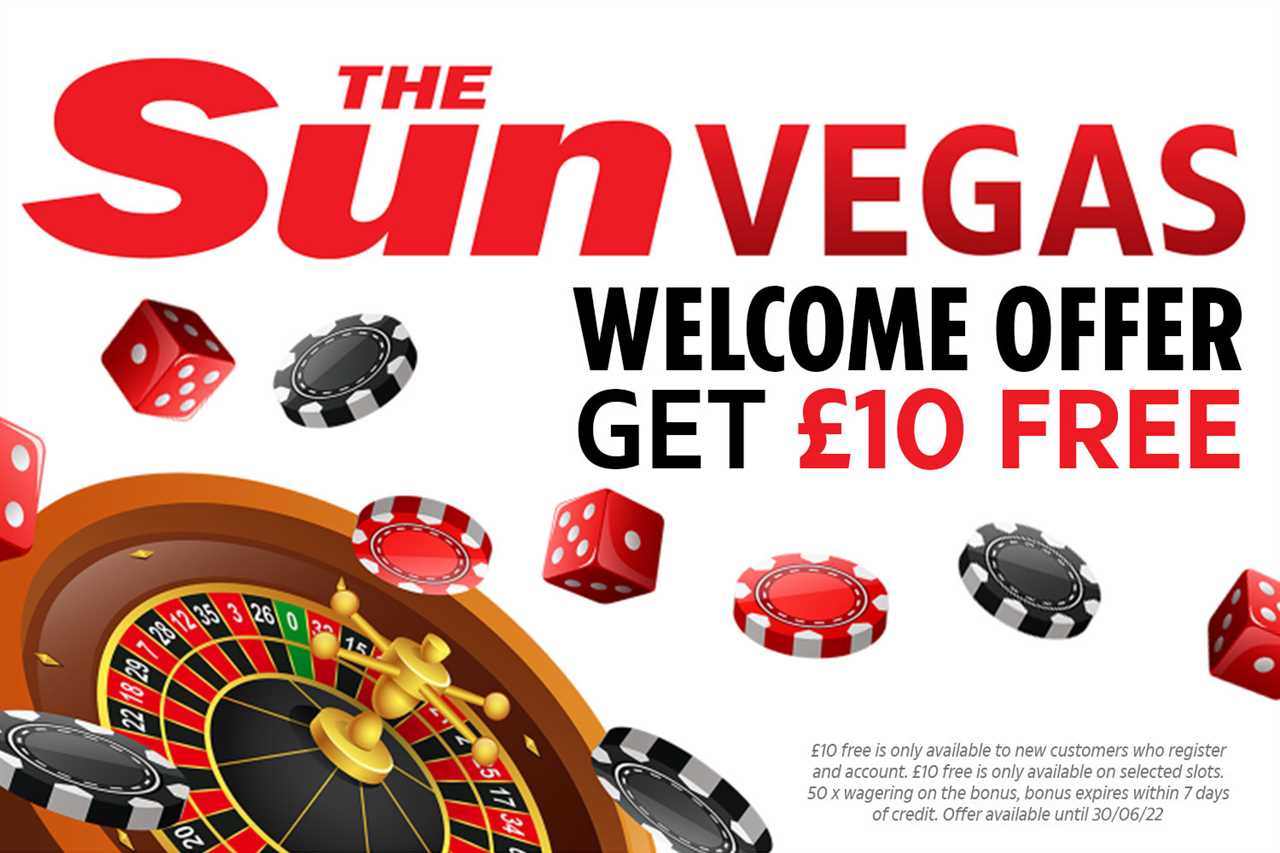 There are also two TV monitors, a premium sound system and WiFi on board the plush aircraft.

The UFC icon dressed casually in a T-shirt, jeans and designer Louis Vuitton trainers for the flight home.

McGregor enjoyed a Kendrick Lamar concert at the Cannes Lions festival the day before flying home where he hung out with Hollywood star Jared Leto.

He partied away while waving a bottle of his own Proper No. Twelve whisky.

And in a bizarre meeting McGregor grabbed a photo with Tottenham ace Hugo Lloris after the goalkeeper swam over to his yacht.

McGregor enjoyed plenty of time on his yacht during his trip to the South of France, and was spotted taking wife Dee out for a spin on his £2.7million Lamborghini boat.

The couple were also seen “getting frisky” as they joked around with onlookers on board a different vessel.

McGregor is nearing the final stages of his recovery after suffering a horrific broken leg last July.

He has recently shown off the ability to kick again, and posted videos to social media of himself continuing his training while on holiday. 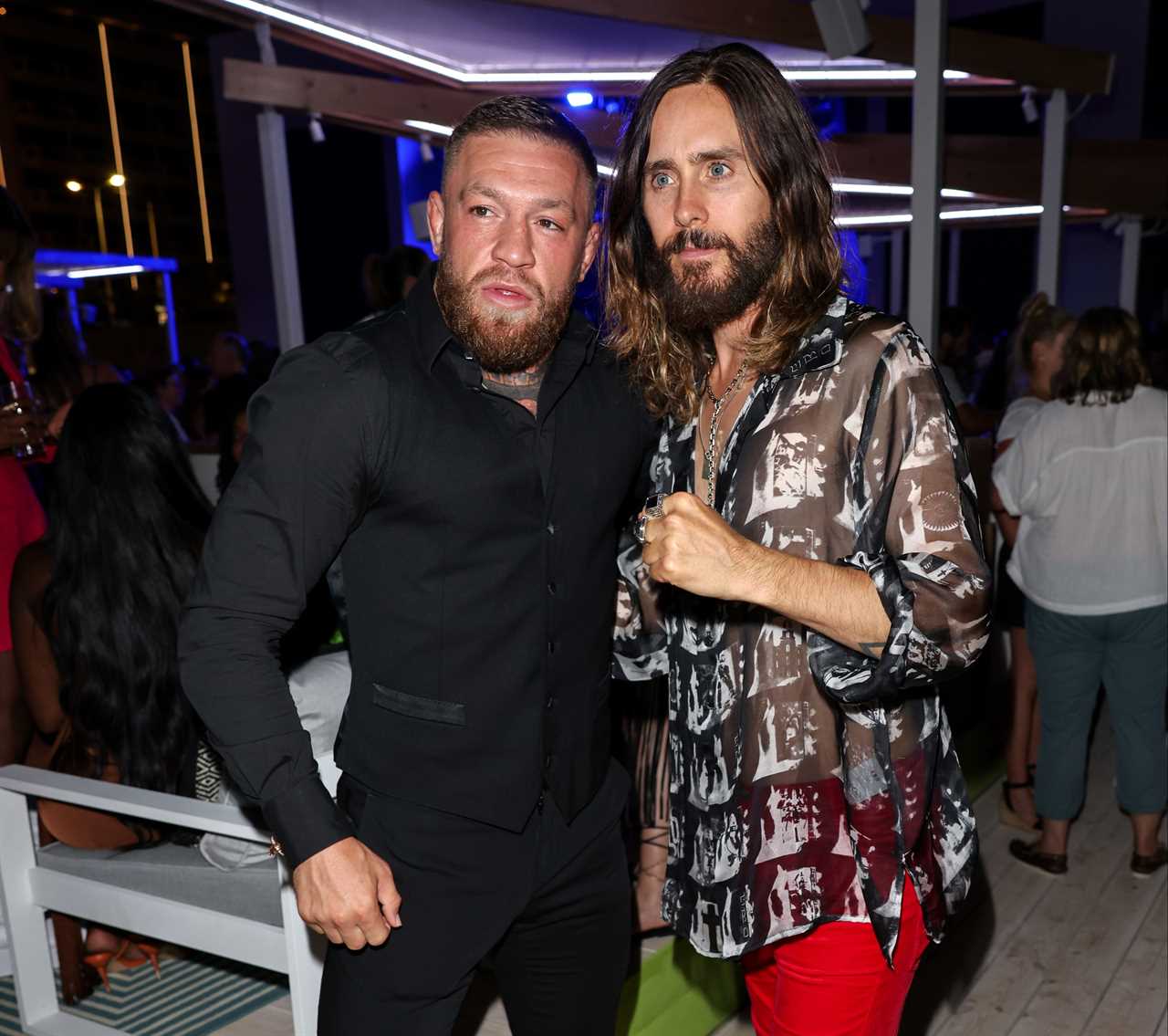 McGregor hung out with movie star Jared Leto in Cannes 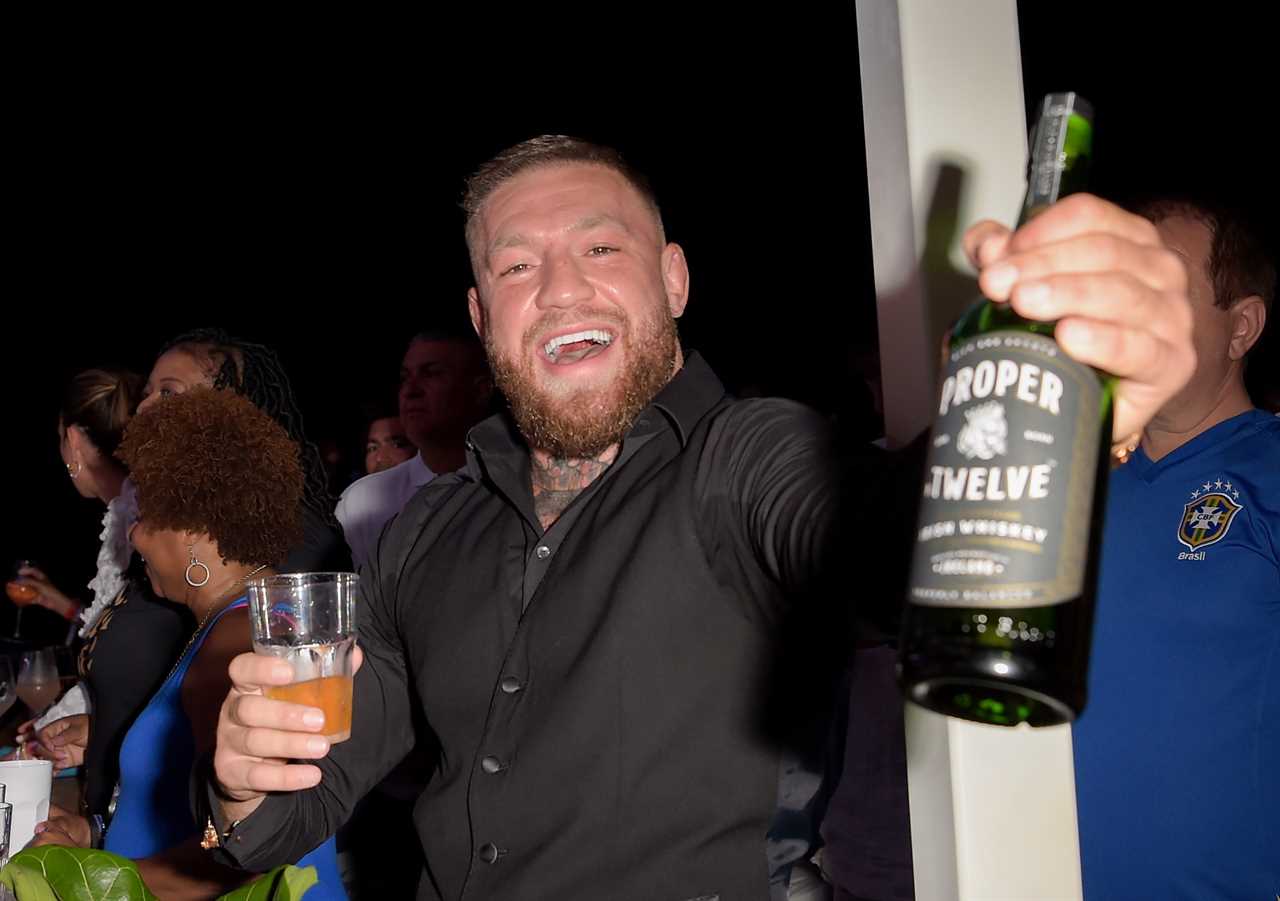 The Notorious enjoyed a drink of his Proper No. Twelve whisky 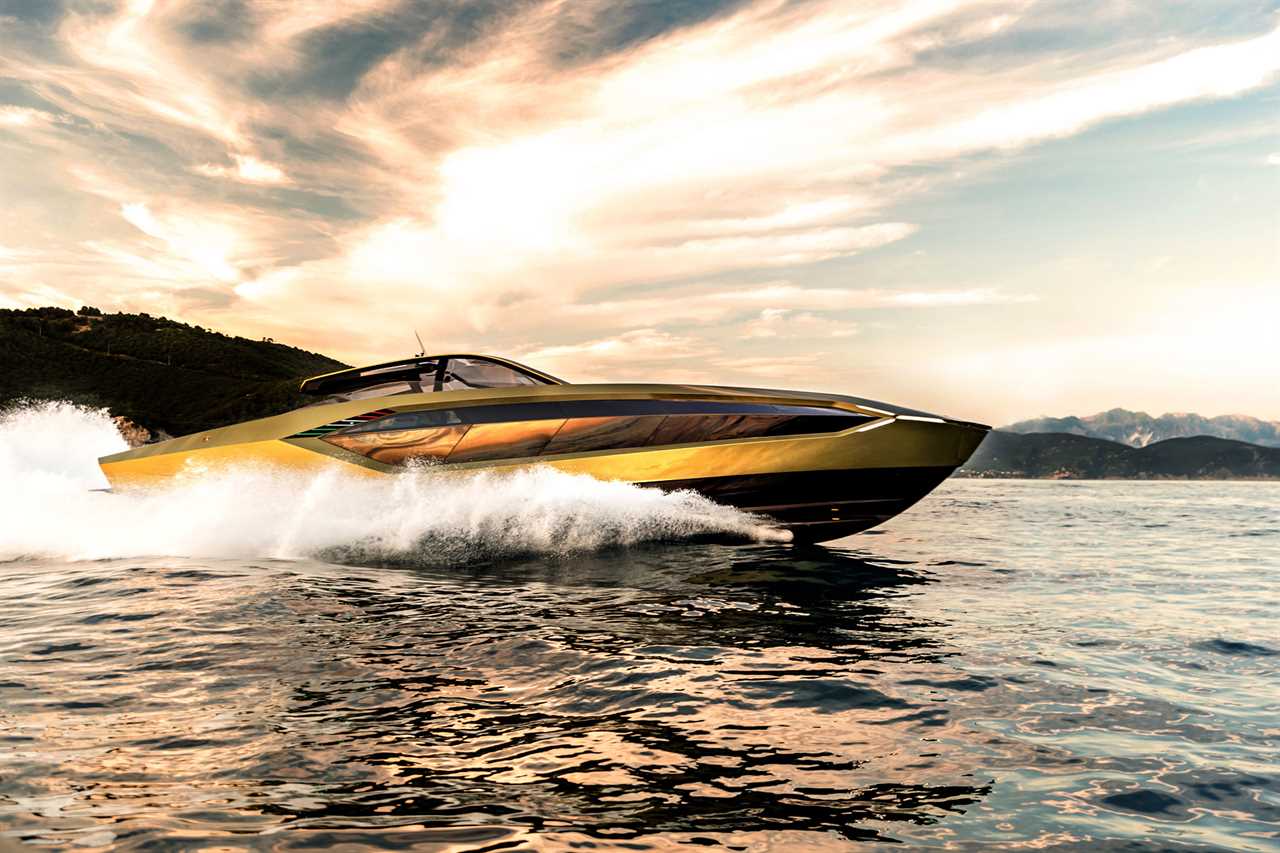 McGregor has been enjoying time on his £2.7m Lamborghini motorboat