After a rival claimed that he would KO Gypsy King, Tyson Fury takes on Christopher Lovejoy.

TYSON FURY’S confrontation with American heavyweight Christopher Lovejoy in 2019 before their infamous sparring session has been leaked online.The..

TYSON FURY’S confrontation with American heavyweight Christopher Lovejoy in 2019 before their infamous sparring session has been leaked online.

The Gypsy King bumped into the 38-year-old prior to his knockout win over Tom Schwarz three years ago in Las Vegas. 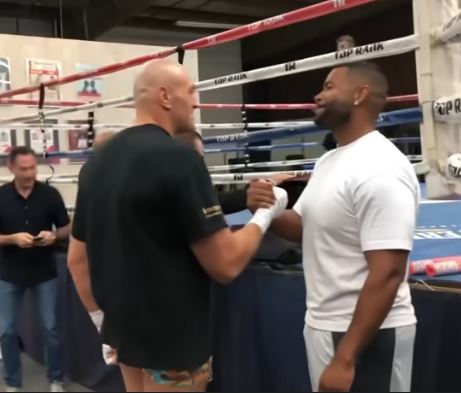 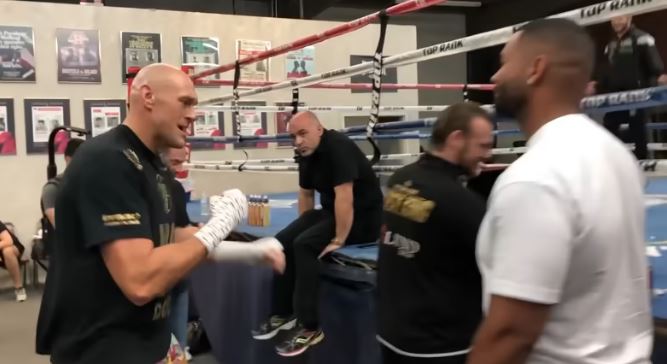 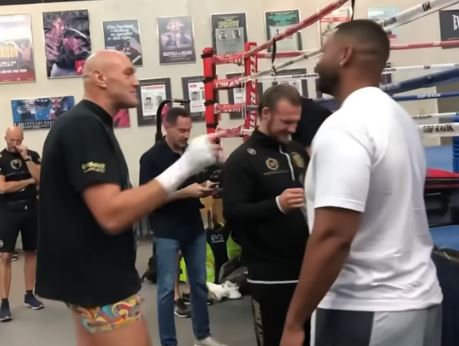 And it was in Sin City that Fury decided to meet Lovejoy, who had been telling people he would knock out the unbeaten Mancunian.

At the time, Lovejoy was himself unbeaten having won 18 consecutive fights with each of his victories ending in stoppages.

After getting wind that he was being called out, Fury surprised him at the Mayweather gym to leave Pretty Boy speechless.

A video of their interaction has been doing the rounds on Twitter, with Fury and then-trainer Ben Davison greeting a sheepish-looking Lovejoy. 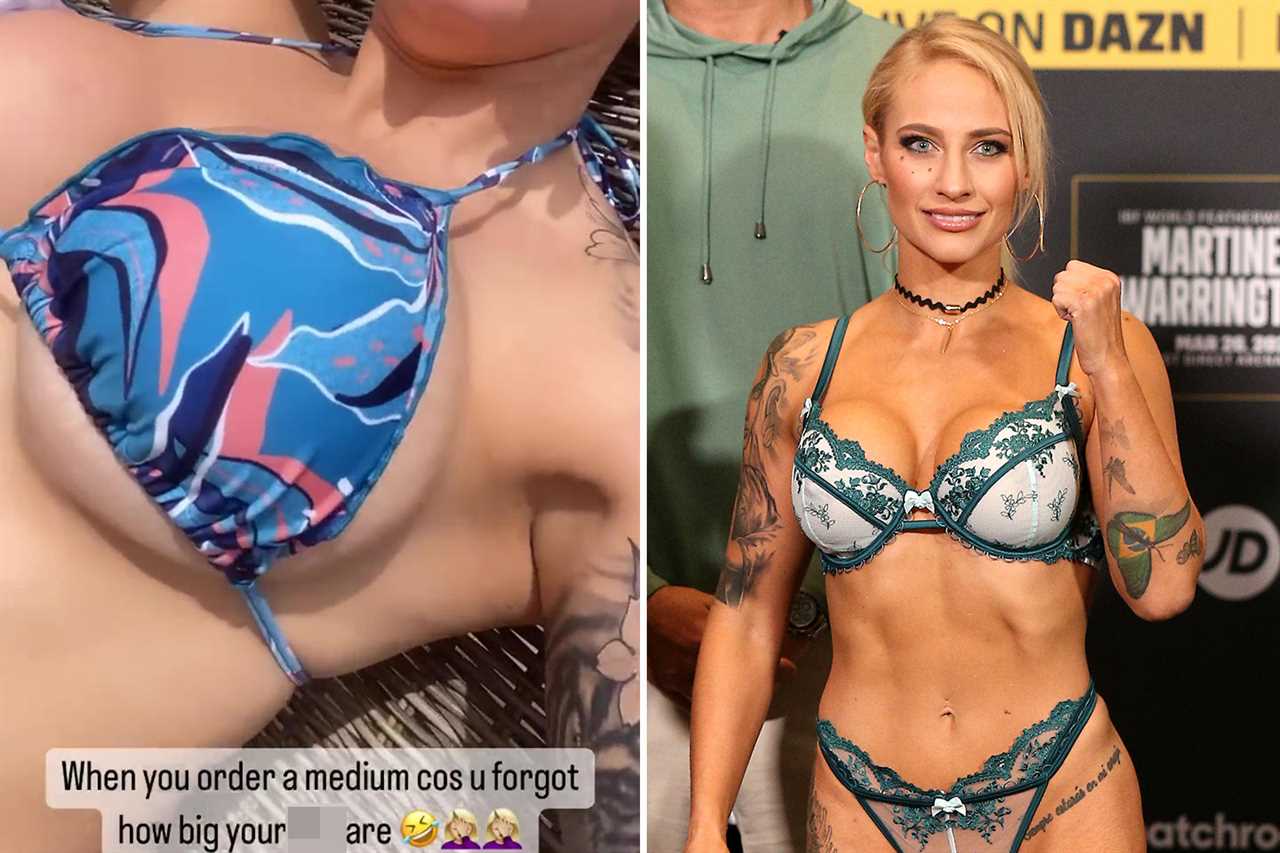 Fury could be heard saying in the clip: “I hear you’ve been telling people up in here that you’re going to kick my a**.

“Come down tomorrow and we’ll find out. I’ve got this right hand for you, baby. BOOM!

“One shot, if I don’t knock you down in the first eight it [doesn’t] count.

“Lovejoy but they call me Kill-joy.”

In an interview with iFL TV shortly after their exchange, Fury confirmed the two got it on in a spar, where he blasted him out in the first round.

“And he was saying all over Las Vegas, all in the heavyweight gyms, ‘I’m gonna knock Tyson Fury out. He’s a bum, he’s this, he’s that.’

“So one of the trainers at the Mayweather gym said, ‘Oh Tyson, there’s this guy who said he’s gonna knock you out.’

“He caused the trouble, he phoned him up and said, ‘Say it to his face, say it to him on the phone.’

“So anyway I wasn’t at the gym and he turned up to the gym. I said, ‘I’ll tell you what to do, come back tomorrow and I’m gonna knock you out. If I don’t, it don’t count.’

“He sort of flapped it, didn’t know how to take it. But he left and he came back tomorrow.

“My cousin said, ‘I want you to drop him with a straight left hand in the first round.’ I said, ‘You got it.’

“He comes running at me, I just went slip, boom and down he went. All 20 stone of him on the floor.”

Lovejoy has himself now shared footage of their interaction on his YouTube channel, though conveniently there was no sound on the video.

Fans were left in stitches by the confrontation, as one user commented: “Tyson you left him speechless.”

Another messaged: “Brilliant. Tyson put him in shock without throwing a single punch.”

A third added: “Tyson beat him with just a few words.”

Earlier this year, Lovejoy declared that he “knocked out” Fury in Vegas as he stated he is ready for a future dust-up.