After being asked about Sean O'Malley, Nate Diaz, MMA star, slapped a reporter backstage at UFC 276. Fan favourite, the fan favorite, was seen..

After being asked about Sean O'Malley, Nate Diaz, MMA star, slapped a reporter backstage at UFC 276.

Fan favourite, the fan favorite, was seen backstage at T-Mobile Arena on Sunday morning as International Fight Week was in progress.

Nate Diaz secured his first win since 2019 against the Nelk Boys reporter...pic.twitter.com/coeTWF2HFM 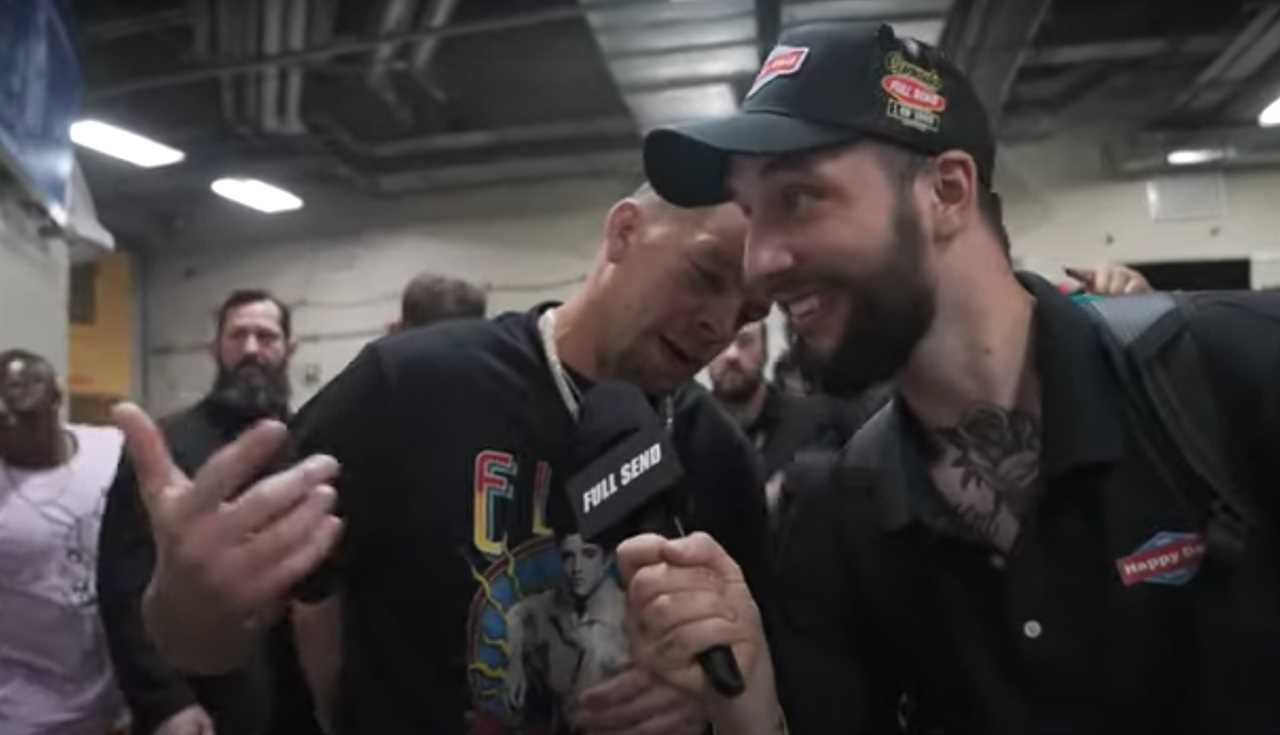 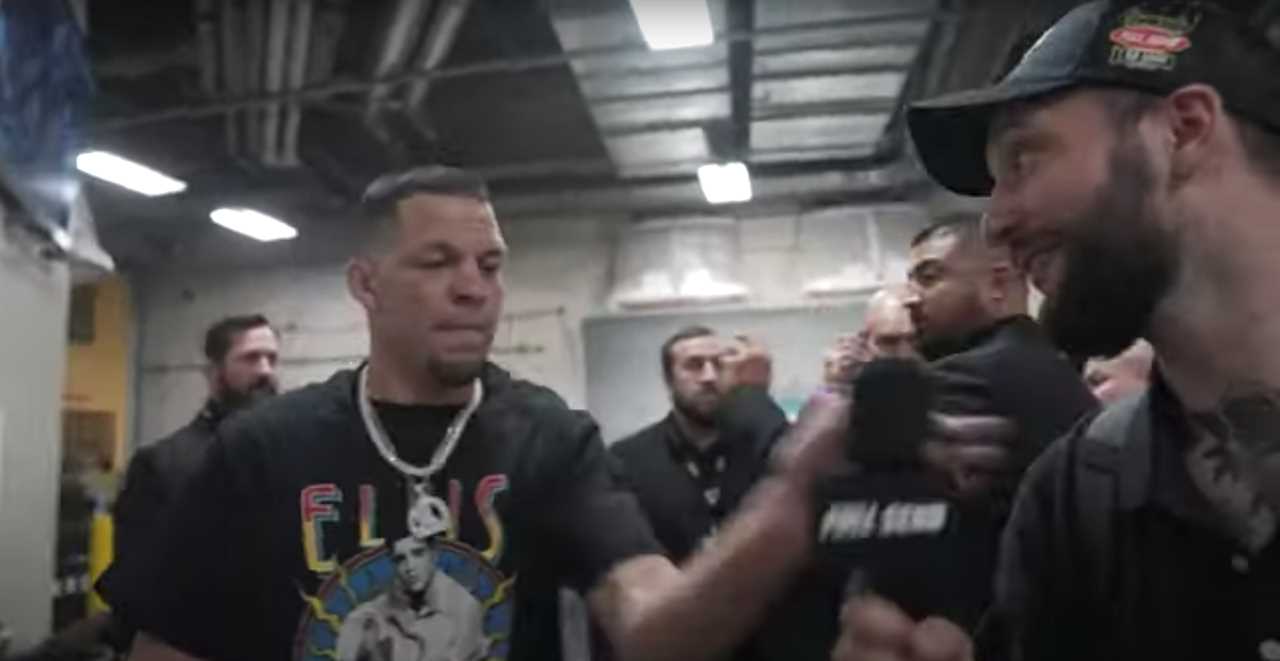 After giving the reporter a warning, Diaz punched the microphone in his face. 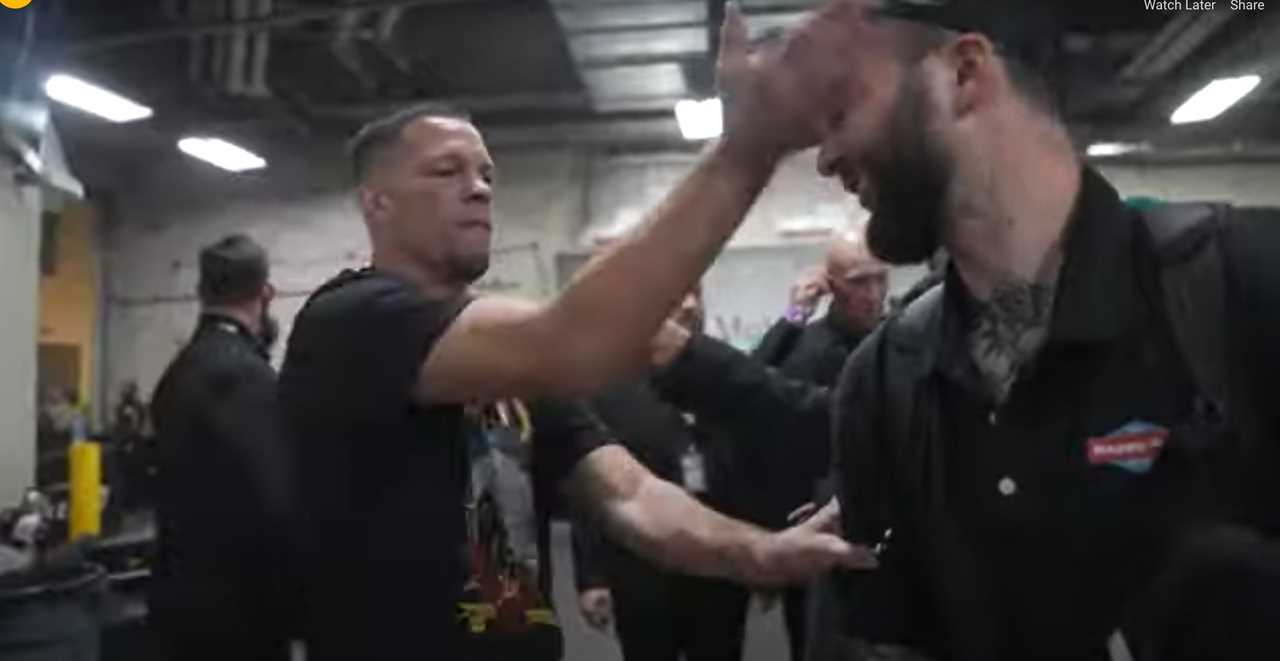 The Stockton slugger then grabbed the hat off the reporter's head

A reporter snatched Diaz and asked him whether he was rooting to see O'Malley surge bantamweight.

A fired-up Diaz said, Nah. You better be careful with your tweets regarding my dude, who was fighting just recently."

A second after the reporter had responded, Diaz became angry and slapped his microphone.

Stockton's slugger did not stop there. He slapped the reporter on the head. 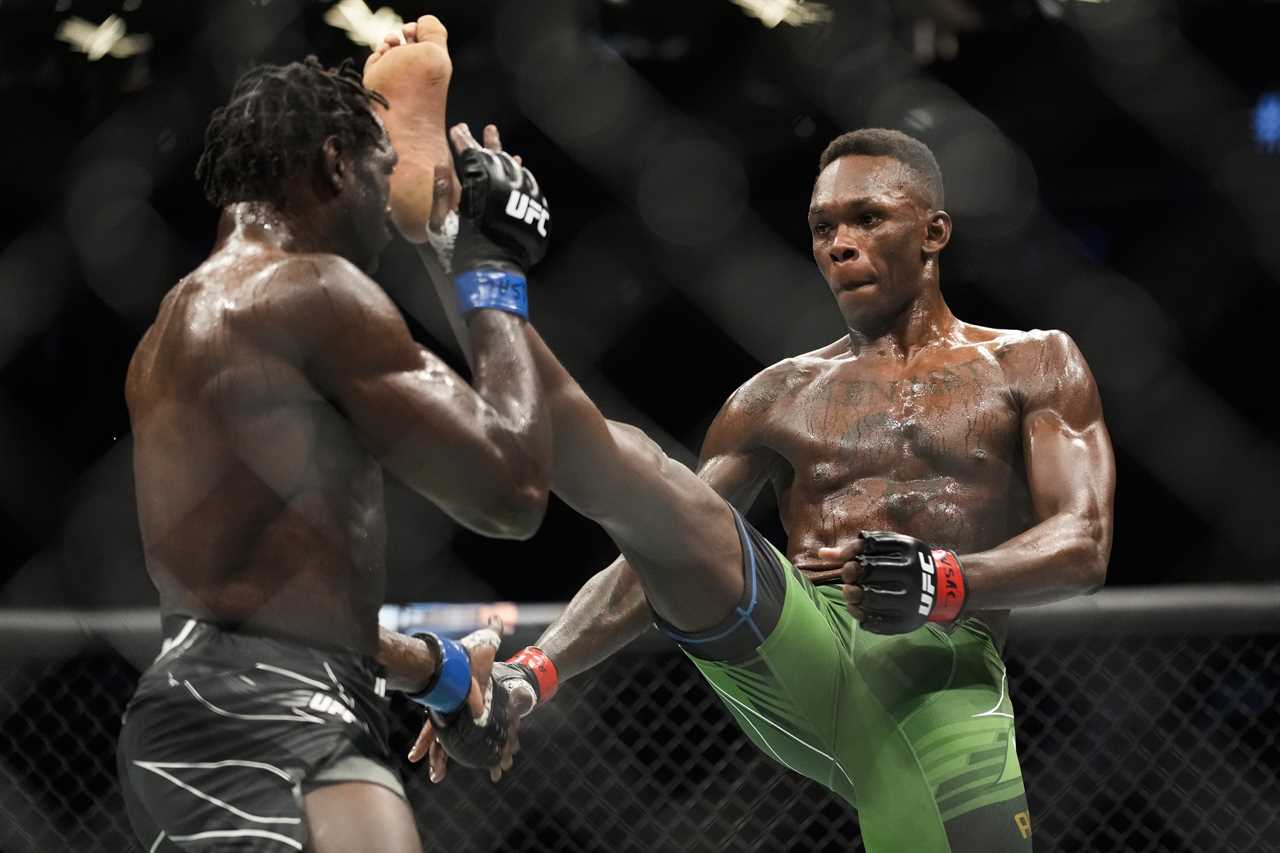 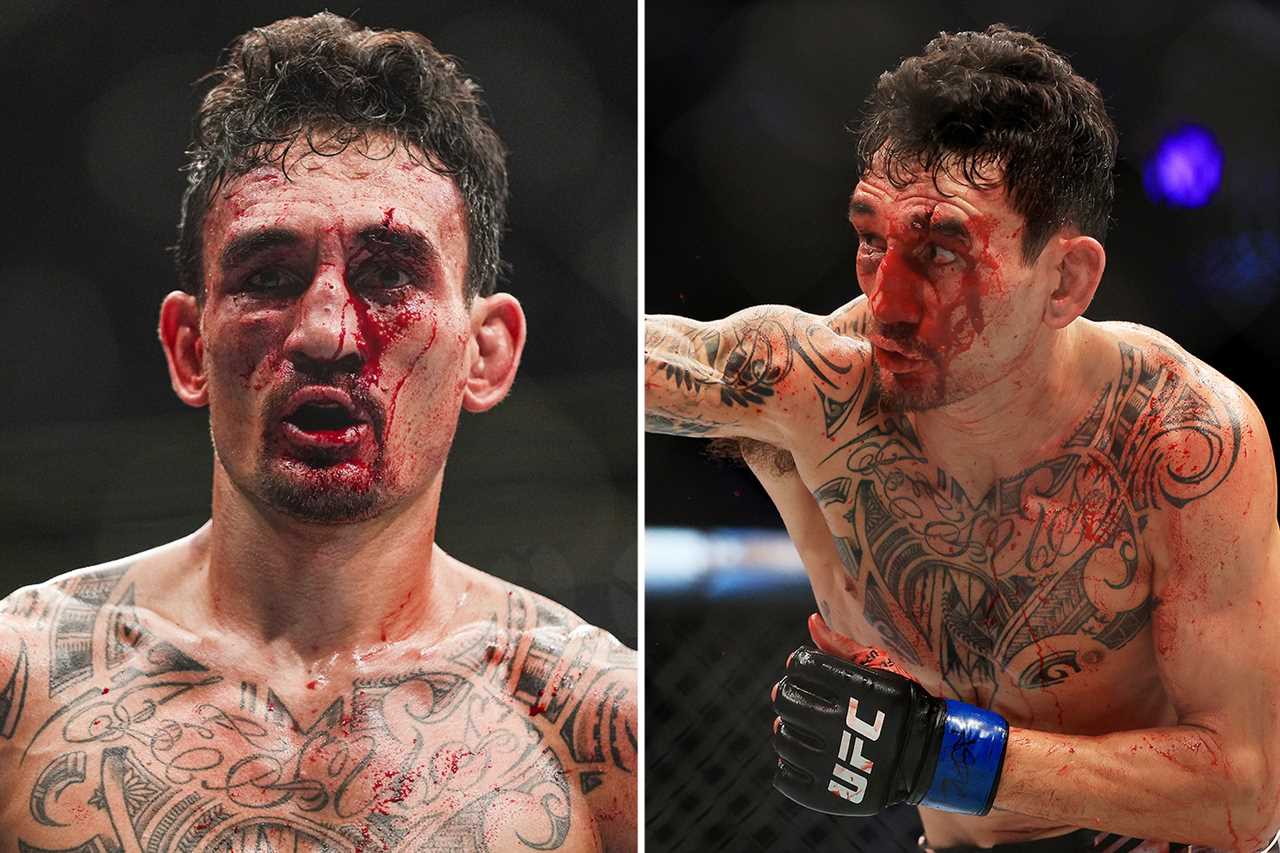 After suffering a severe cut at UFC 276, Max Holloway was rushed to the hospital.

It quickly became the talk in MMA, with one fan saying "What's wrong?

Another stated: "The look on bro's face of terror when he realized what was going to happen."

Another said, "He slapped off his hat."

One commented, "Bro didn’t even say anything offensive.

Another voiced his opinion: "Shouldn’t have talked s**t to him."

Since his UFC 263 loss to Leon Edwards, Diaz, 37 has not been in the octagon.

Although the former lightweight title challenger is eager to end his contract with the promotion, he has not yet been booked.

Diaz repeatedly asked the UFC to release him from his contract. He has apparently set his sights on a match with Jake Paul in boxing. 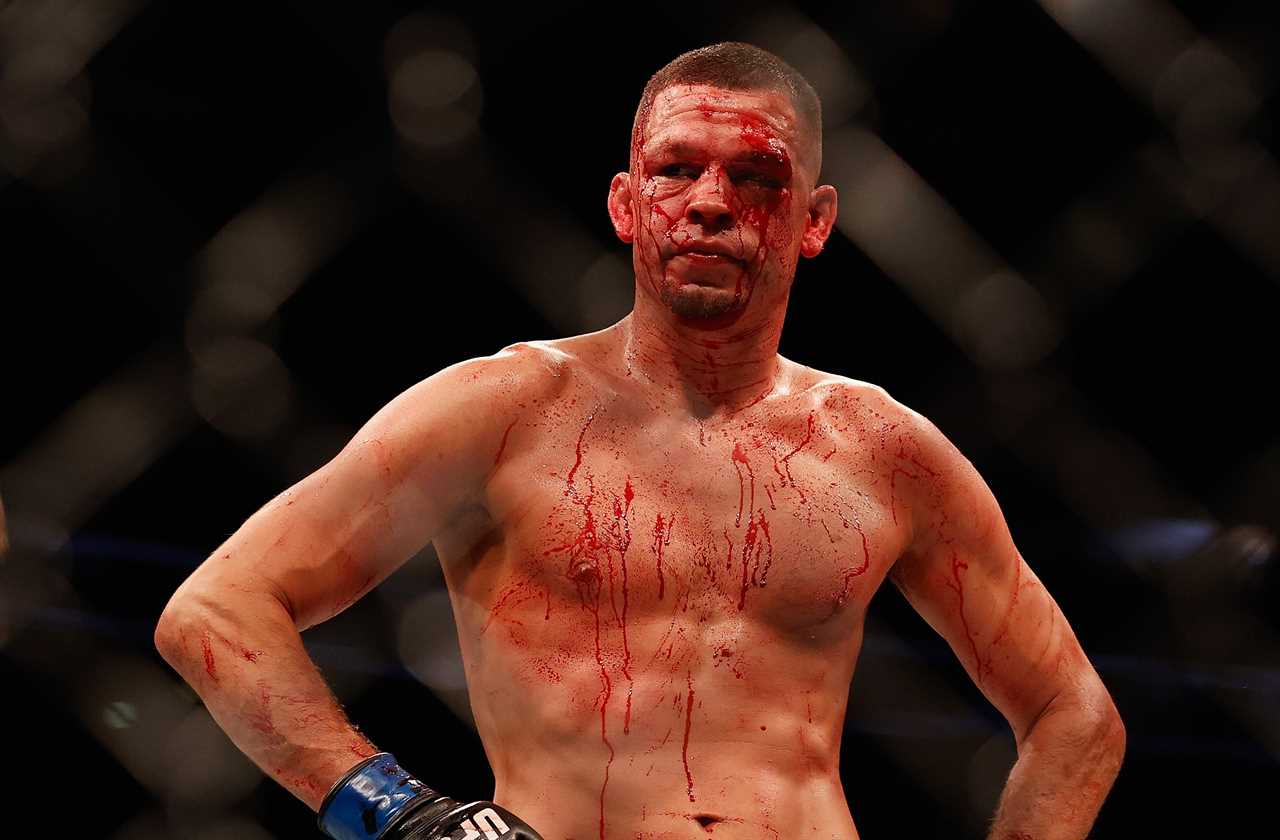 Nate Diaz wants to get out of his UFC contract

The Ultimate Fighter Season Five Winner tweeted late last month with a video of Tyron Woodley's KO: "UFC Release Now Please or Give Me a Fight With Anyone in July or August."